Chef Vítor Sobral is one of the most important references in Portuguese gastronomy. Well-known for his unique way of interpreting and modernizing traditional Portuguese dishes, he is a master in conserving typical flavors and seasonings.

Born in 1967, on the south bank of the Tagus River, it’s in the Alentejo coast that he finds his flavor matrix. His journey lead him to the most well-known restaurants, and now owns Tasca da Esquina, Peixaria da Esquina, Balcão da Esquina, Padaria da Esquina and Talho da Esquina, in Lisbon. These are true references, where Portugal is served with a generous dose of innovation and inspiration. His Tasca da Esquina is the bridge between Portugal and Brazil, with a location in S. Paulo. Furthermore he has recently extended his team’s activity to Luanda.

Recognizing his efforts, gift and talent, Chef Vítor Sobral received, among many other acknowledgments, the degree of Commander of the Order of Infante D. Henrique, in March 2006. He is Consultant Chef for several renowned brands, such as TAP, Vista Alegre, Silampos, Oliveira da Serra, Norge, Paulo Laureano Wines, among others, also collaborating with some restaurants. But also he maintains his desire to share knowledge with the public, whether in terms of trainings or by publishing books. 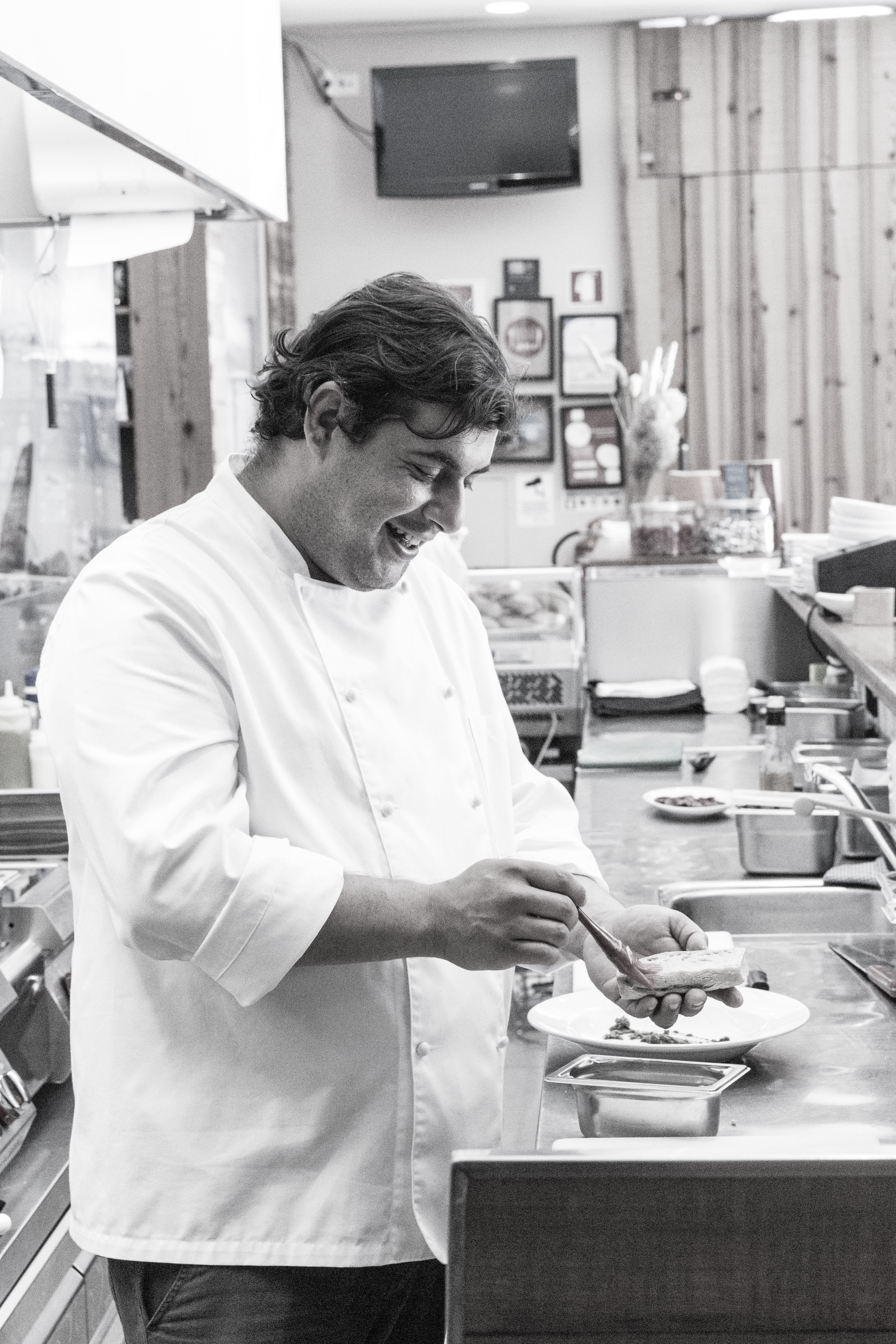 Luís Espadana is one of the creators of the “Esquinas” concept, and has extensive experience as a cook, food stylist and trainer in several workshops and gastronomic events. From a very young age he bonded with nature. He tried to understand and identify the meaning of herbs, their aromas and their use. They were often picked up to give to his mother and grandmother for them to prepare their meals, in which Luís played an excellent role as an observer. With his grandfather, a hunter in his free time, Espadana became interested in animals and their preparation.

Curiosity led him to make the most important decision of his life when he decided to pursue culinary studies and training. At the end of his apprenticeship, luck knocked on his door and began training in one of the restaurants where Vítor Sobral was in charge of the kitchen. They continued together, allowing the experience to make them shine as a team. The knowledge he applies today in the kitchen comes before the produce itself. It comes from the knowledge of the earth and life in the animal kingdom.

Today it is all over the world of “Esquina”, but spends most of his time in São Paulo, where it leads the kitchen of Tasca da Esquina.

Luís Espadana is, above all, an ace in spices, a master of high-temperature weapons, the pots.

LET THE CHEF TREAT YOU

If you enjoy good surprises and delightful gastronomic experiences, let the chef treat you. Prepare yourself to be surprised with the tasting menu, and each portion will give your palate a magic moment.